Lutenitsa, also spelled lyutenitsa, is a delicious vegetable spread, also referred to as Bulgarian ketchup. It is made of roasted red peppers, ripe tomatoes and seasonings.

The name lutenica comes from the Bulgarian word ljut which means spicy. The red peppers are among the main ingredients of lutenitsa and they give its red color. The name of the dip comes from the spicy peppers. As a result, you will find some versions that are spicy and others mild, based on the peppers and seasonings used.

Wash and peel the tomatoes. Boil the tomatoes until water evaporates and stir with a wooden spoon. Roast the red peppers and if you want it spicy, add chili pepp 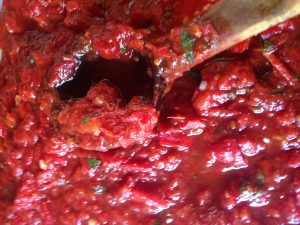 ers as well. Peel the peppers and clean the seeds. Grind or cut in small pieces the peppers and add them to the tomatoes. Add some fresh garlic in small pieces, some fresh parsley, salt and a little bit of sugar according to your taste. For ripe pink tomatoes sugar will be not needed. The mixture keeps on boiling until it turns into a homogenic paste. Be patient, it can take from few hours up to one day. It is suitable for a family event, everyone to help. Usually, we get together to make lutenitsa in August, when we harvest ripe tomatoes.

The secret of our grandma Bonka’s recipe is that she pours sunflower oil into a frying pan to heat it up and she adds the oil to the vegetable mixture in the end.

From generations each family has their own lutenitsa recipe.

Once you are happy with the veggie mixture, fill it in jars. Close the jars and boil them for 5-10 min longer for the lid to seal. Then you take out and turn over the jars to cool down. Place it in a dark and possibly cold place for the winter. 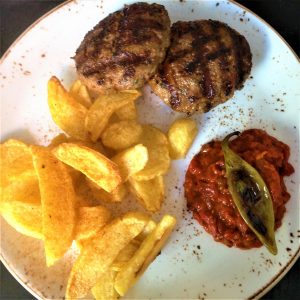 In Bulgaria lutenitsa is eaten as a side dish with grilled meat balls, with scrambled eggs or on a toast with cheese. It is childhood memory for all children from the 70 and 80s. When we used to visit grandma, a slice of bread with lutenitsa and cheese was top wanted food. 🙂 And if someone asks you how does it taste, you can reply in Bulgarian: Vkusno = вкусно (delicious).

Join our food experience Cook and Eat with a Local in Sofia. Follow us for more news and travel photos from Bulgaria: LinkedIn, Instagram, YouTube .  #tasteBulgaria 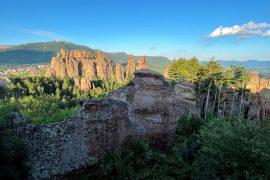 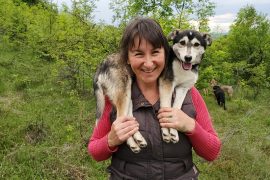 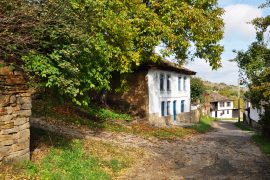 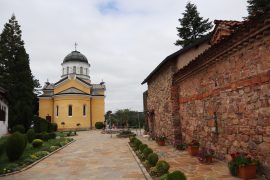